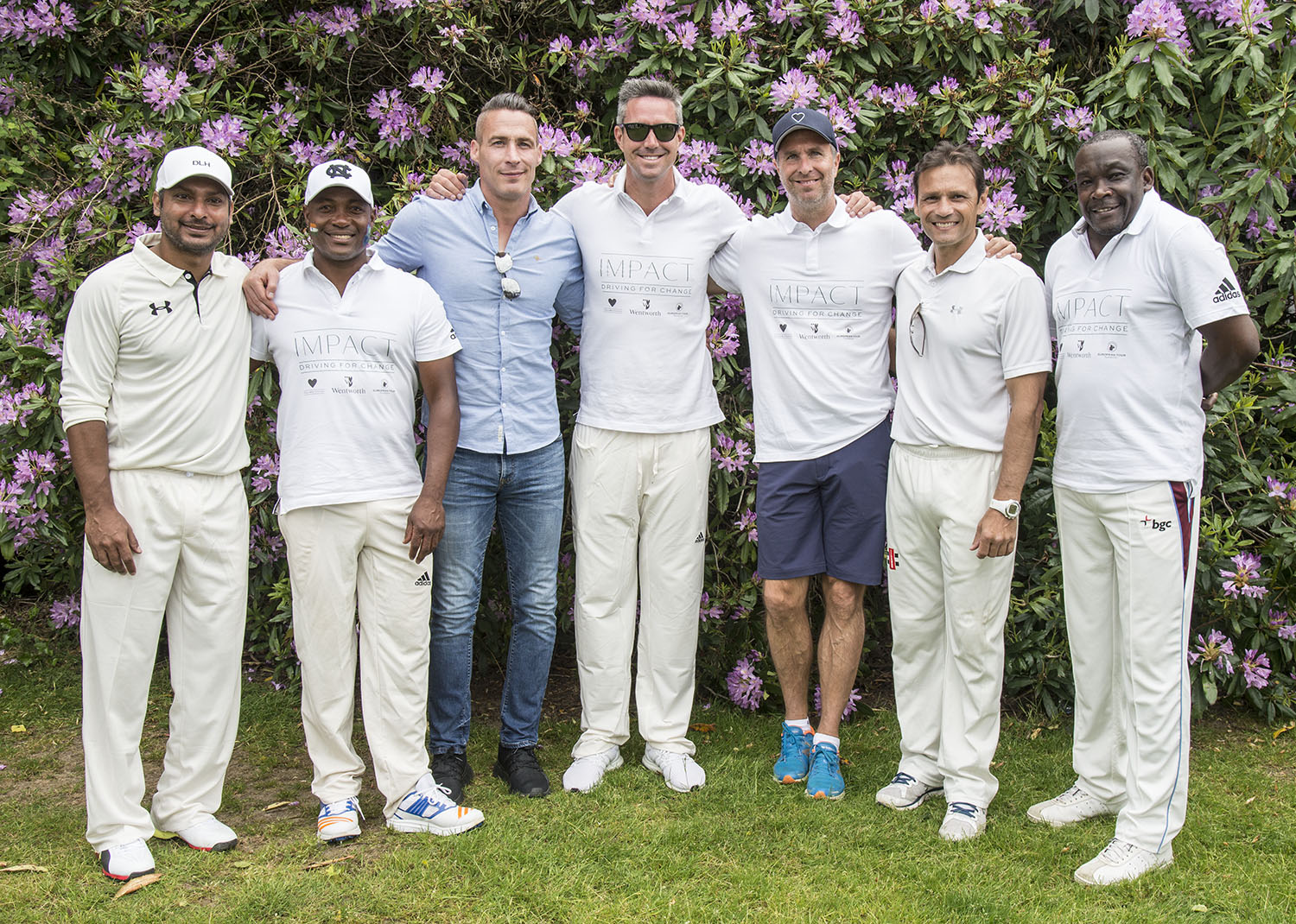 Throughout the day, eight teams made up of Wentworth Members, friends and family and each captained by a Legend, played each other in a knockout format, with Kumar Sangakkara’s team beating Michael Vaughan’s team by 4 wickets with one ball to spare.

Spectators and guests enjoyed a picnic by Wentworth’s picturesque lake with family entertainment and a live steel band, food by Brigadiers and award-winning Mei Ume, Four Seasons Hotel London at Ten Trinity Square. The event was sponsored by The Financial Times.

Kicking off a summer of activity at Wentworth, the Charity Cricket Day raised funds for ‘Impact: Driving for Change’, an exciting collaboration with the European Tour Foundation, the Black Heart Foundation and The Wentworth Foundation. Having launched in early 2019, ‘Impact: Driving for Change’ brings together the three foundations’ far-reaching connections and history of successful fundraising activity to provide even greater opportunities for their chosen projects with a mutual focus on youth development and care.

Throughout 2019, Wentworth Club will host a series of events to support the initiative, including the annual Captain’s Charity Ball on June 30th, a very special golf event with Jack Nicklaus and Tony Jacklin, and the BMW PGA Gala Dinner on September 14th featuring Sir Rod Stewart.

The day was supported by Wentworth’s owners Reignwood as an example of the investment group’s support of youth and philanthropic initiatives in the UK.

“I was honoured to be asked to be part of such a fantastic event,” said Kevin Pietersen. “It was a pleasure to bring together some of the world’s best on behalf of Wentworth Club and The Black Heart Foundation and see the beginnings of what will prove a key event in the annual calendar. An overall great day out for all involved.”